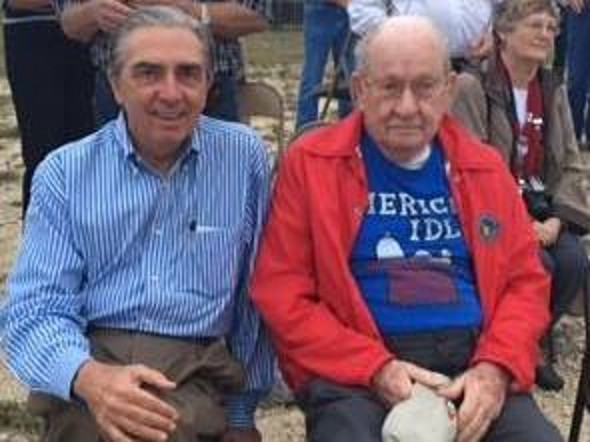 Habitat for Humanity Kerr County was born out of a happenstance meeting. Rev. Bill Blackburn walked through a parking lot and saw C.J.”Burley” Burleson’s pickup truck with a Habitat bumper sticker. He placed his business card on the windshield wiper asking for a meeting to discuss the creation of a local Habitat organization. After initial meetings, the two recruited retired English teacher Maud Jennings. Maud had worked in Habitat International headquarters and understood the mission and organization. A community-wide invitation was extended by Rev. Blackburn, Burley Burleson, and Maud Jennings for local citizens to meet and discuss organizing a local Affiliate at First Presbyterian Church. Dozens attended and were motivated to secure funds, and with the help of a grant by the Area Community Trust, purchased a lot, and volunteered to build a home for a local family.

The Zamora family became the first Habitat family in 1990. Community momentum continued, local congregations recognized the ministry, and by 1998 the twenty-fifth home was celebrated. The next milestone was set in October 2001 with a groundbreaking ceremony for the first home in the Habitat Meadow View subdivision. Dedication of this first home was held in March 2002. Twenty-two families were served in the Meadow View subdivision. Habitat Kerr County celebrated twenty years in October 2009, the building of eighty-three homes, and the creation of Maud Jennings subdivision—named for founder Maud Jennings after her passing.

The organization was 100% volunteer-led until the fall of 2006 when the ReStore, a construction thrift shop, was opened and a manager hired. A construction supervisor and Executive Director were hired in 2007. Over thirty years of service to the community and families had been led by a volunteer board of directors.

The history presented here is a testimony to the commitment this organization has to its mission—Habitat for Humanity Kerr County is an ecumenical Christian organization dedicated to partnering with God and community volunteers to provide qualified families the opportunity to own decent, affordable homes. The current board of directors is involved in the process of visioning the future of the organization but will always remain true to the goal of constructing homes for deserving hardworking low-income families. With the average production of four to five homes a year, the thirty-nine homes planned for Maud Jennings should be realized before 2022. 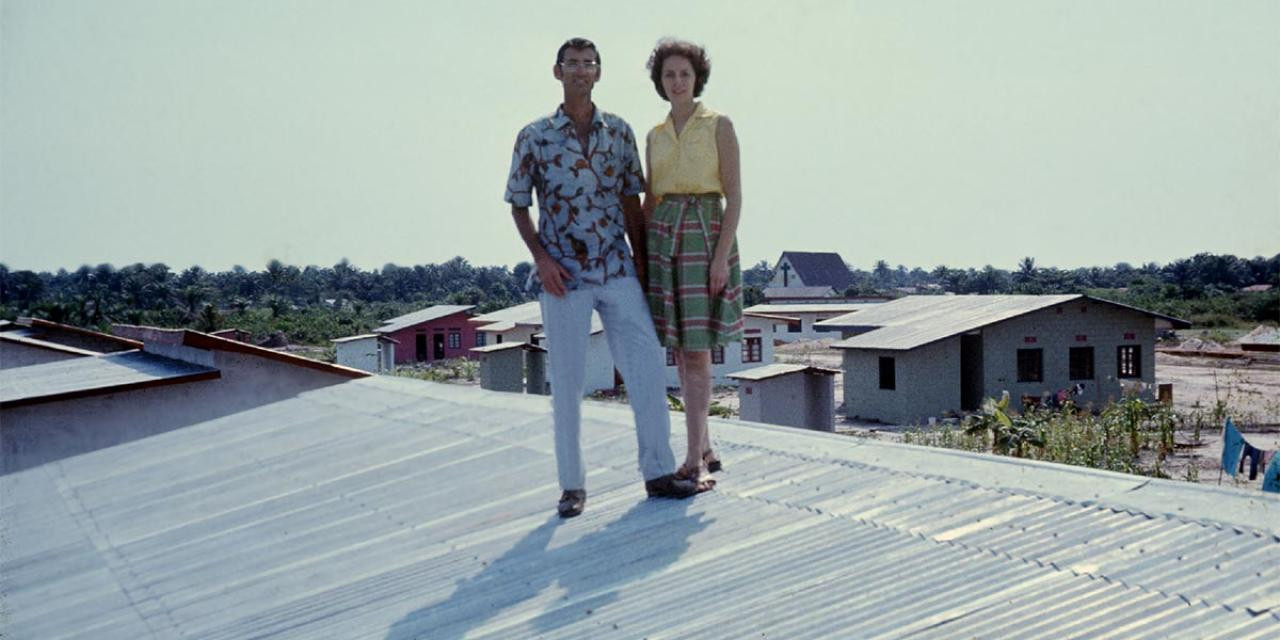 Millard and Linda Fuller in Zaire

The idea that became Habitat for Humanity first grew from the fertile soil of Koinonia Farm, a community farm outside of Americus, Georgia, founded by farmer and biblical scholar Clarence Jordan.

On the farm, Jordan and Habitat’s eventual founders Millard and Linda Fuller developed the concept of “partnership housing.” The concept centered on those in need of adequate shelter working side by side with volunteers to build decent, affordable houses. The houses would be built at no profit. New homeowners’ house payments would be combined with no-interest loans provided by supporters and money earned by fundraising to create “The Fund for Humanity,” which would then be used to build more homes.

Beau and Emma were the owners of the first home built by Koinonia’s Partnership Housing Program. They and their five children moved into a concrete-block home with a modern kitchen, indoor bathroom and heating system, replacing the unpainted, uninsulated shack with no plumbing where they had previously lived.

In 1973, the Fullers decided to take the Fund for Humanity concept to Zaire, now the Democratic Republic of Congo. After three years of hard work to launch a successful house building program there, the Fullers then returned to the United States and called together a group of supporters to discuss the future of their dream: Habitat for Humanity International, founded in 1976.

The times have changed, the build site locations have grown in number, but the very real change that Beau and Emma’s family experienced is shared by families today who partner with Habitat to build or improve a place they can call home. Thanks in no small part to the personal involvement of U.S. President Jimmy Carter and his wife Rosalynn and the awareness they have raised, Habitat now works in nearly 1,400 communities across the U.S. and in approximately 70 countries and has helped more than 13 million people achieve strength, stability and independence through safe, decent and affordable shelter.

Habitat volunteers contribute
much more than sweat and muscle.
What will you build?

Habitat for Humanity supports
hardworking people of Kerr County realize the dream of home ownership. Stay current with our news.